We Are The Lambeth Boys DVD

A fascinating glimpse into the everyday lives of working class young people in the Britain of the 1950s. This pioneering documentary – part of the Free Cinema movement - was one of the first films to give this section of the community a voice, and remains an important and ground-breaking work. The documentary was directed by Karel Reisz and his ‘fly-on-the-wall’ style allowed his subjects to speak for themselves, revealing their hopes and fears, their loves and hates as a revolution in youth culture offered new opportunities and new challenges. The soundtrack comes from jazz great Johnny Dankworth, while respected British television actor Jon Rollason narrates (running time: 55 mins). 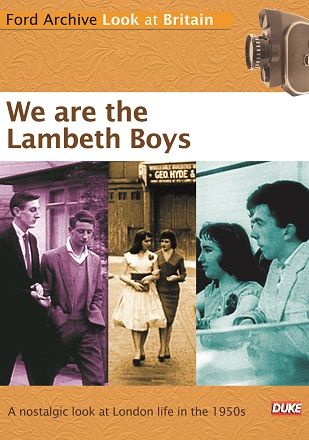