Victoria Cross Heroes of World War One is the definitive illustrated history of those who were awarded Britain’s highest military accolade for valour during the Great War. This stunning book tells the inspiring, moving and humbling stories of all 627 Victoria Cross recipients, and is a heart-rending tribute to the loyalty, bravery and selflessness of these British and Commonwealth heroes.

Robert Hamilton’s individual biographies and introductions masterfully portray the experience of those who fought in the Great War. 2,000 stunning, rare and previously unseen photographs vividly portray each VC recipient and the bleak conditions they fought and lived in. Meticulously researched, entries range from brief sketches to detailed accounts and include contemporary reports, newspaper cuttings, and detailed maps. (384pp, hardback) 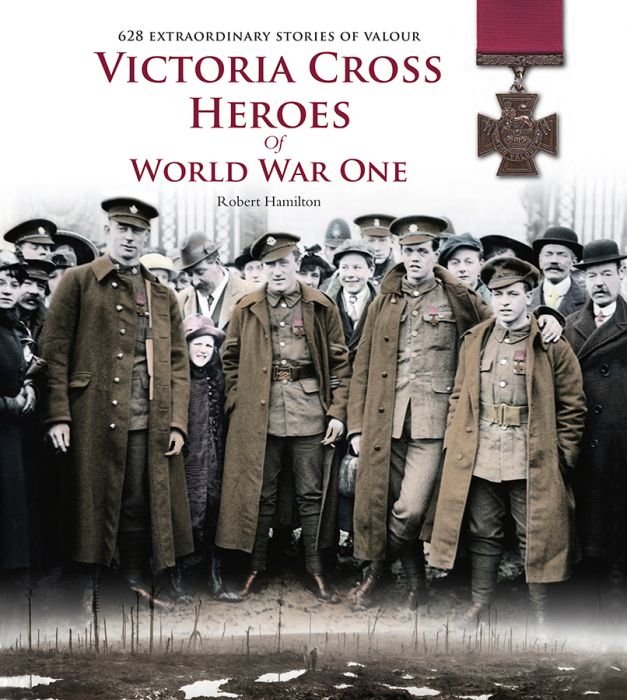