This England's Illustrated History of the First World War

Many books are being published to commemorate the centenary of the First World War, but none will cover the subject with as much colour and variety as this lavish, 100-page collection of fascinating facts, evocative photographs (many not seen for a hundred years), wide-ranging articles on all sorts of subjects and poignant pieces of poetry written by soldiers at the front.

The main events of the years 1914 to 1918 are chronicled, complemented by informative articles about the main battles and illustrated features on many different aspects of life both in the trenches and on the home front. These include an account of the famous Christmas Truce of 1914, the role played by women in the factories of Britain, and details of some of the music hall stars who entertained the troops when they were home on leave. A series entitled “The First World War on Screen” shows how the war has been depicted in films and on television, while “A Pilgrimage to Remember” is one lady’s moving account of her recent visit to the battlefields of France and Belgium. There is also a useful section giving details of some of the commemorative events and exhibitions which will be taking place during the next four years.

Carefully and sensitively compiled by the editorial staff of This England, The Illustrated History of the First World War is sure to become a collector’s item. Part diary, part history, part voice from the past, it is also a stirring and worthy tribute to all those who, 100 years ago, fought and died for our freedom. Don’t miss out. Order your copy today. 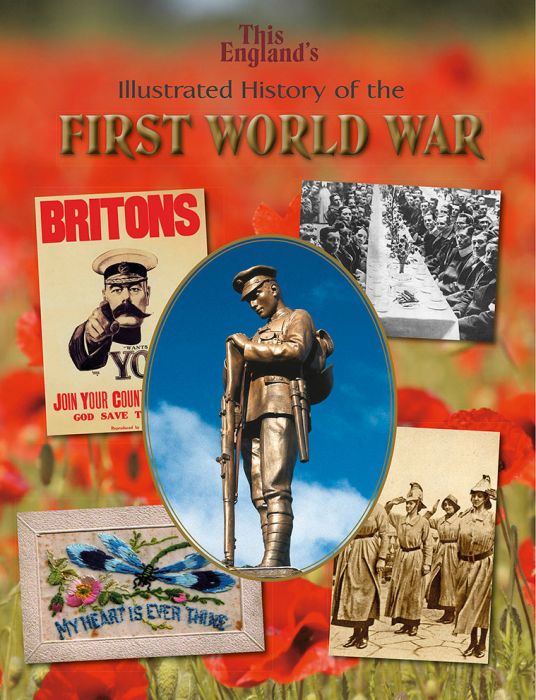