Fifty Years of This England

People, places, literary landscapes, customs, curiosities, military heroes and notable events; royalty, film stars, craftsmen, churches, stately homes, country cottages and castles; childhood memories, county cameos, village characters, pomp and pageantry. Since This England first appeared on the newsagents’ shelves in spring 1968, and subsequently began dropping on the doormats of postal subscribers across the world, these, and many other subjects have been featured on the pages of the magazine. Often accompanied by pieces of poetry, and illustrated with beautiful colour photographs and the whimsical artwork of Colin Carr, they cover a wide spectrum.

As we celebrate this golden milestone we are delighted to present a special 100-page magazine looking back on This England through the decades. On its pages you will find a fascinating selection of articles, poems, pictures and letters that appeared during those 50 years, as well as special sections highlighting the events of each decade in England and the wider world. It wasn’t an easy task selecting which items to include from all those issues but we are confident that our choice captures the essence of This England. Which means, of course, as always, that it also captures the essence of our green and pleasant land, Shakespeare’s fabled “sceptred isle”. 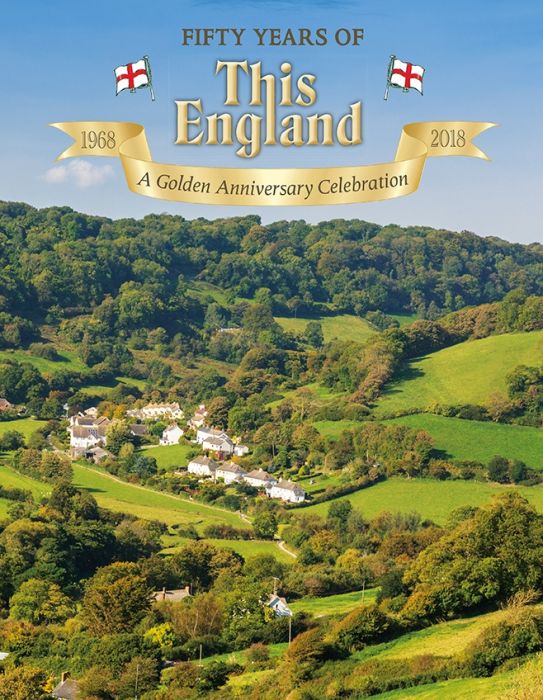