Blanche DuBois arrives unexpectedly on the doorstep of her sister Stella and her explosive brother-in-law Stanley. Over the course of one hot and steamy New Orleans summer, Blanche’s fragile façade slowly crumbles, wreaking havoc on Stella and Stanley’s already turbulent relationship…

Tennessee Williams’s 1947 drama is one of the most loved and well-known stage plays of the 20th century. It won the Pulitzer Prize for Drama and the New York Drama Critics’ Circle Award in 1948, and the 1951 film adaptation picked up four Oscars. In this compelling radio dramatisation, Blanche is played by Olivier Award-winning actress Anne-Marie Duff, with a stellar cast including Matthew Needham as Stanley and Pippa Bennett-Warner as Stella. 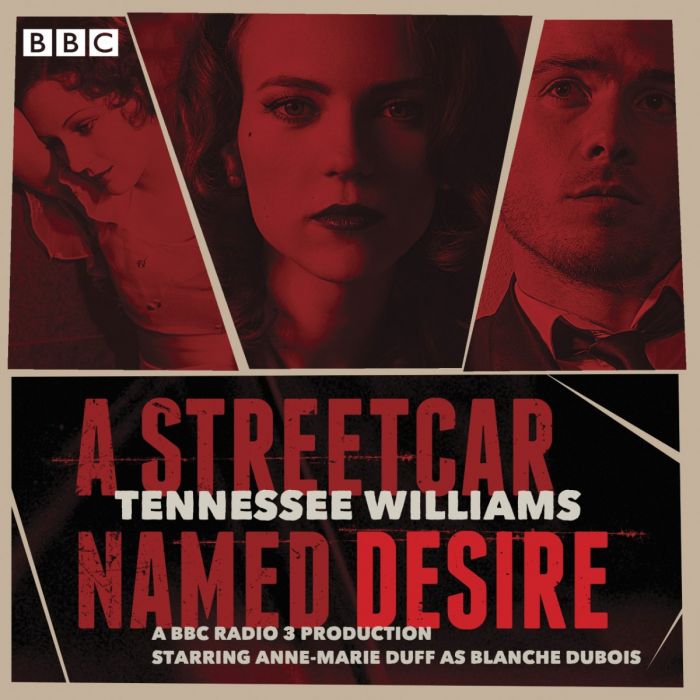