A spectacular collection of more than 500 photographs taken to provide a unique record of whole districts of London as they were vanishing, Lost London 1870-1945 is about the lost buildings and streets of London, and about why some have remained and flourished while others have been swept away. Spanning a period of 75 years, they depict a world in transition, from the coaching inns and horse-drawn travel of the late Victorian age, through the 1920s and 1930s to wartime devastation. The images range from Little Dorrit’s lodgings in Marshalsea Prison to the Prime Minister’s bedroom at No. 10 Downing Street. Each has its own story to tell.

But this is not a nostalgic lament for a lost city. Written by Philip Davies, an expert who has been involved in planning and development in London for over 35 years, the book offers authoritative insights into the way London has developed and changed since the Victorian age.

""This is a beautiful, haunting and heartbreaking book"" Dan Cruickshank

""An endlessly absorbing book that is at once a record of destruction, a haunting collection of relics and a door into the past"" Sunday Times 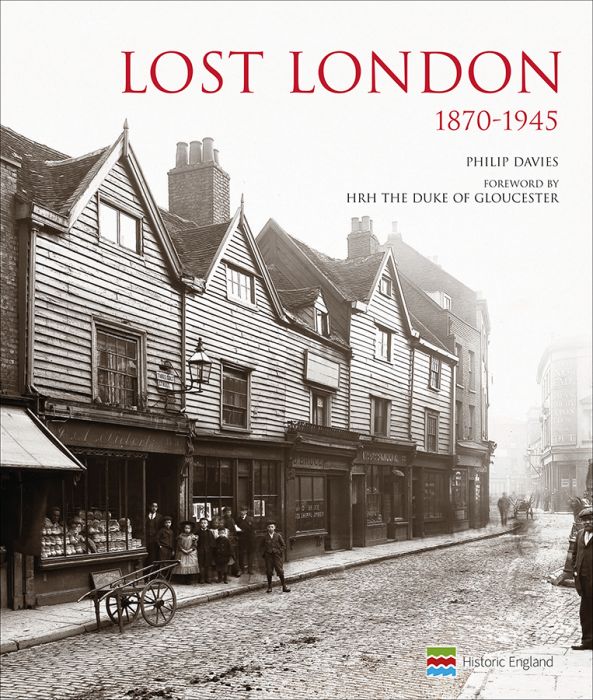