This collection features every surviving colour episode of one of the longest running police series on British television — and one of the best-loved.

Aired between 1955 and 1976, Dixon of Dock Green starred the popular Jack Warner in the role of Sergeant George Dixon, in a series that set the tone for television police drama and paved the way for all that would follow.

Filmed on set and on location around the fast-disappearing dockland community of London’s East End, the character of Dixon, with his friendly and informal ‘Evening
all’, offered viewers the kind of policeman you’d be tempted to welcome into your home for a cup of tea — even if you’d just robbed a bank! 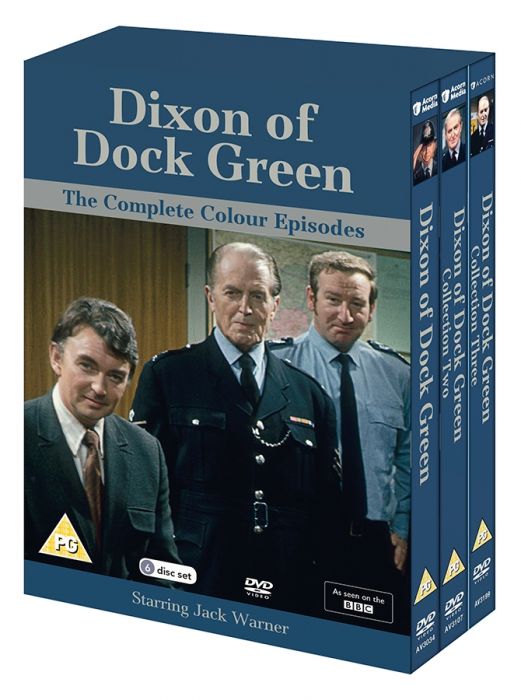