During the final decades of steam locomotive operation on British Railways, keen amateur photographers captured fascinating footage of the end of an era. This programme brings you some of these unique movies, including steam workings at Clapham Junction, the Great Central Line, Stanier Pacifics on the West Coast Main Line and much, much more.

The Power of Steam DVD

The power of steam can be seen in so many ways. Whether it's streamlined express, a slow heavy goods train or a compact colliery engine blasting up seemingly impossible slopes, all display their power through clouds of smoke and steam. No other machine comes to life so well on screen; it is almost as if film was invented to show the steam engine in motion and this programme captures the raw power of steam locomotives at work. From the heyday of their working lives, using archive film, to contemporary footage of those great machines which are still with us today, this film explores the steam locomotive at work throughout Great Britain, each one a portrait of the power of steam.

There are few sounds as evocative as a steam locomotive, a once familiar feature of the British rail network. This two-CD set brings together recordings originally released on vinyl as part of the Sound Stories collection, digitally remastered to enhance your enjoyment. Immerse yourself in almost 90 minutes of these distinctive sounds, featuring recordings of classic steam locomotives in action during the 1970s. Close your eyes and be transported back as images of the power and majesty of steam-powered locomotion are conjured up. 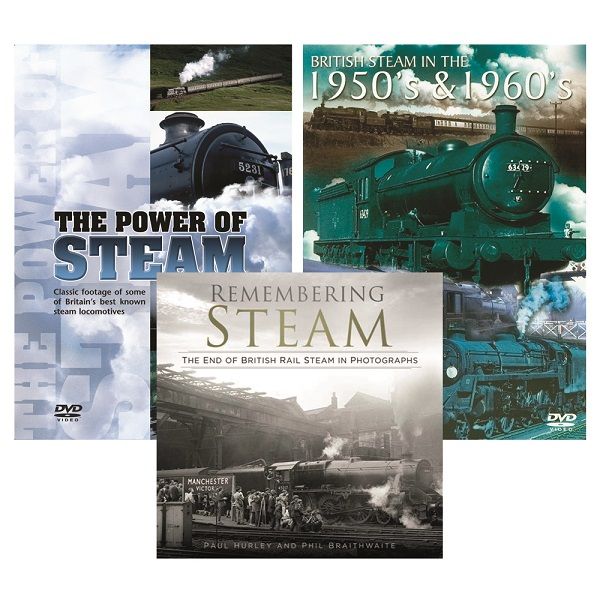