British Steam Locomotives is a series of programmes which looks at the power and majesty of some of Britain’s most famous steam locomotives. Each programme covers an individual locomotive and looks at its history, restoration and more recent working. There are 6 DVDs included in this series, although they are packaged as two sets of 3. 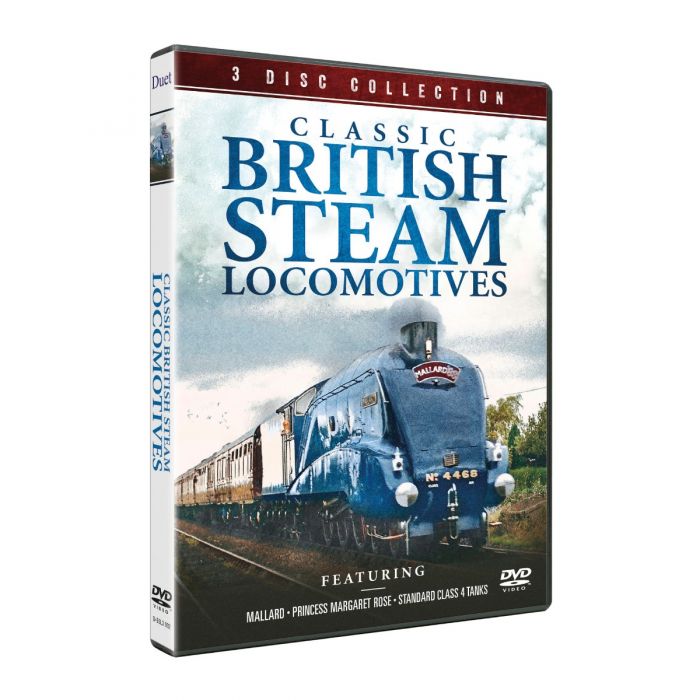