The Way We Were DVD - Pembrokeshire

This DVD takes a fascinating look back at life in bygone Pembrokeshire. We hear tales of smuggling and piracy; of storms and shipwrecks; a tsunami at Milford Haven; a betting scandal in Tenby that shocked the racing world; and the remarkable story of a Pembroke man who was reported killed in WW1, but turned up in Pembroke eight years later. The DVD recalls some of the memorable events of the last two centuries, such as the French invasion of Fishguard, the coming of the railway, the opening of Pembroke Dockyard, and the impact of two World Wars on Pembrokeshire. We also discover why a former mayor of Tenby was hanged for murder; how some Pembrokeshire people cashed in on the Second World War; and how local people greeted the arrival of the record-breaking liner, Mauretania. 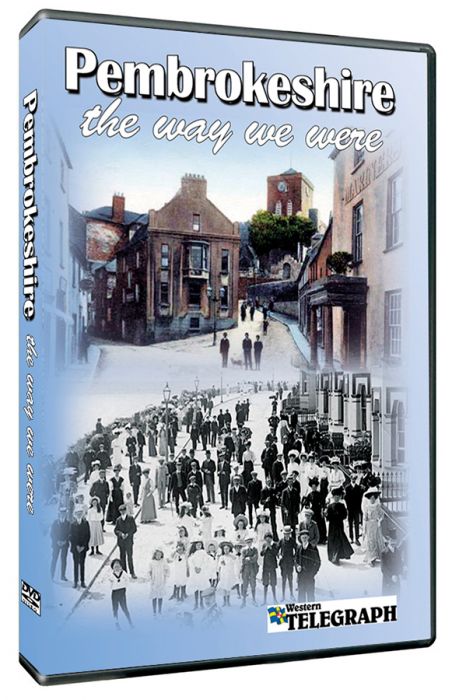