The Way We Were DVD - Colchester

This new DVD combines unique cine film of Colchester, old photos, stories from the Gazette archives, and the recollections of former residents to paint a fascinating picture of life in bygone Colchester. It also reveals the hidden stories behind some of the town's best known features and recalls many events from Colchester's past including the 1884 earthquake, the grand opening of Castle Park; the introduction of the electric tramway; the bombing of the town by Zeppelin airships in World War 1; and the unveiling of the War Memorial in Cowdray Cresent. In a special feature on the Second World War, the DVD draws on the recollections of Eric John Rudsdale. Rudsdale spent the duration of the war here and kept a diary of his experiences, which now provides a fascinating and intimate account of life in wartime Colchester. 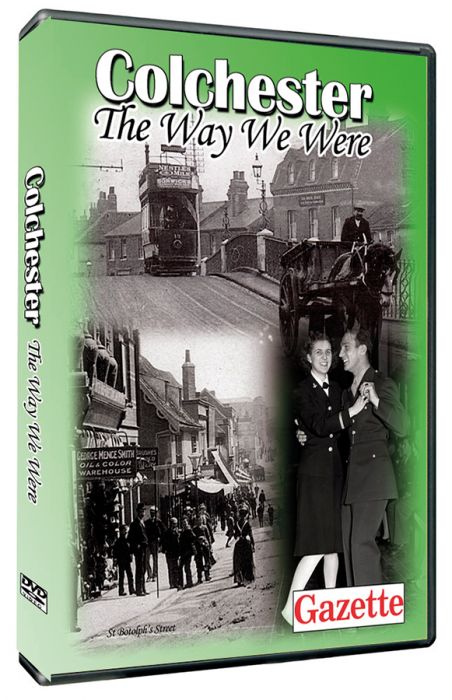