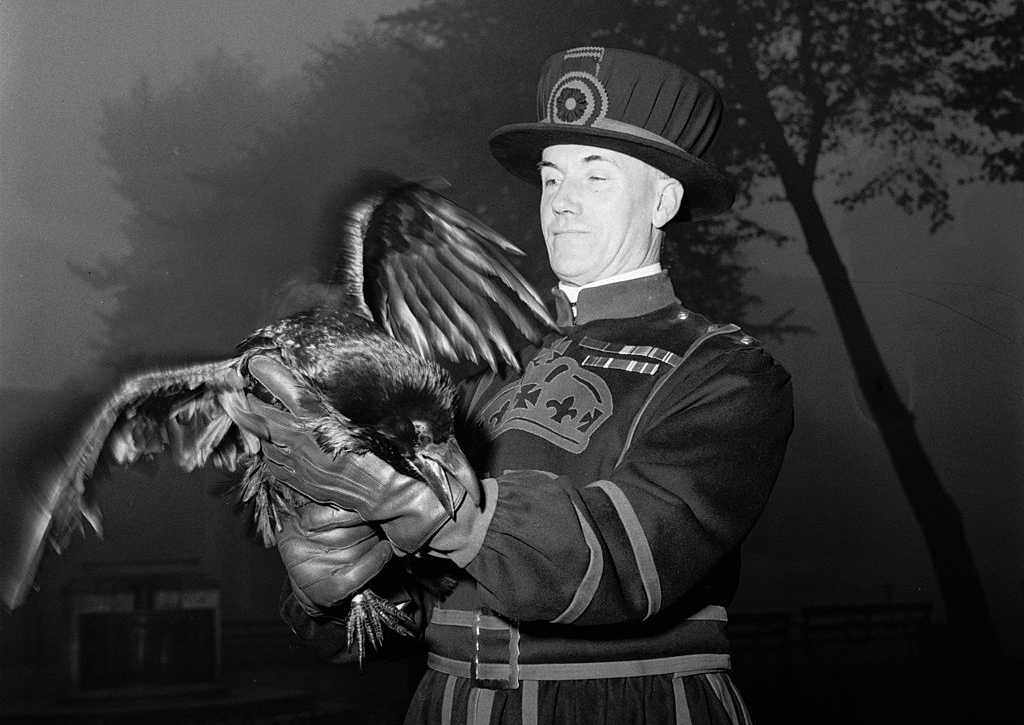 Multiple ovens, 007 drama and ravens return to the tower

On this day: “The excellence of every art must consist in the complete accomplishment of its purpose”.

The inscription over the main entrance of the Victoria and Albert museum. Queen Victoria laid the foundation stone for the museum’s new buildings on this day, 1899.

No doubt James Brokenshire, Secretary of State for Housing, Communities and Local Government, thought the kitchen the best place to pose for a shoot with The Sunday Times, (the interview featured in the paper last weekend). After all, isn’t the kitchen the heart of any home?

What didn’t work was the sight of his four ovens (yes, four) in the background – an excessive number for anyone really, not least the man tasked with solving Britain’s housing shortage.

To make matters worse, Brokenshire then tweeted a picture of himself holding up a cake using the hashtag #twoovens.

‘I count four ovens’, one tweeter pointed out. ‘No wonder we’re in the bloody state we are if you can’t handle basic numeracy’. Oops.

The shooting of the next James Bond film has been delayed after its star, Daniel Craig, injured his ankle. As reported in The Sun, the actor – who insists on doing nearly all his own stunts – flew into a rage after the tumble throwing his suit jacket on the ground in sheer frustration.

After all, it’s not the first time Craig has injured himself while playing 007. On the set of Casino Royale two of his front teeth were knocked out after her suffered a brutal blow to the face and while shooting Quantum of Solace, he lost the tip of his finger.

Enough to leave you shaken and stirred.

Buying clothes online is a hazardous experience. Without trying anything on how do you know it fits? But it seems sending items back is getting that bit trickier with retailers tightening up their returns and refund policies.

According to the Mail Online some stores are even going as far as banning ‘serial returners’ – targeting those customers who they believe order clothes with no intention of keeping them. ‘Some YouTube vloggers and so-called influencers . . . try to make a career out of ordering clothes from fashion websites in order to model them once before sending them back’.

Perhaps this could be the beginning of a high street revival? Every cloud has a silver lining!

The V&A’s new show Food: Bigger than the Plate opens this Saturday and exhibition-goers will be treated to all sorts of weird and wonderful experiences. Visitors will be taken through the food cycle from growing to eating and also given a glimpse of the future of food from insect pate to cheese crafted from Heston Blumenthal’s bacteria.

The Times has it that there is also a food cart that makes each visitor a unique canapé based on their answers to a quiz while the first 200 visitors will be given edible tickets made from icing sugar.

Something to rave about!

It’s been 30 years since ravens have hatched at the Tower of London so imagine Ravenmaster Chris Skaife’s joy when he discovered that four chicks hatched on April 23 this year – St George’s Day, no less. His joy is no doubt due to a prophesy which goes back to the days of Charles II that if ravens ever leave the Tower, the kingdom will fall.

Charles gave the order that the ravens should be protected and this has happened ever since, though it was against the wishes of Astronomer Royal, John Flamsteed. Apparently the birds hindered his observations from the White Tower.

No pleasing everyone, is there.

For more entertaining stories as well as fascinating features from us, why not subscribe to This England and make sure you get each seasonal issue posted direct to your door? This England also makes a great gift for friends or family that lasts all year. Shop our subscription offers here: https://www.thisengland.co.uk/subscriptions